Get to Know Me: I Answer Ten Random Questions

This week I thought it would be fun to share some non-writing related facts about myself. I randomly pulled the questions from here.

1. What Ethnicity and Nationality are you?

2. Are you a tidy or messy person?

I have been a very messy person my entire life. But I’m making a pretty big effort to keep tidy in 2020. I also dream of downsizing this year as well, and have found success in downsizing my closet. I find that I feel much better in a clean environment, so I might as well put forth a better effort into it!

Coffee all the way. I love coffee and can hardly stand the smell and taste of tea. Although, I do enjoy a cup of green tea with lemon everyone in a while. It took a lot of effort for me to stomach it, haha. My perfect coffee is two cups, with one pack of sugar (or stevia, because I’m a monster), and peppermint mocha creamer.

I do! We have three dogs in my family. Raven, age 12, a Flat-coat Retriever Black Lab mix. Bailey, age 6, a Border Collie mix. And Kona, age 2, a Mountain Cur mix. They are naughty, rambunctious, and silly. I wouldn’t have it any other way. 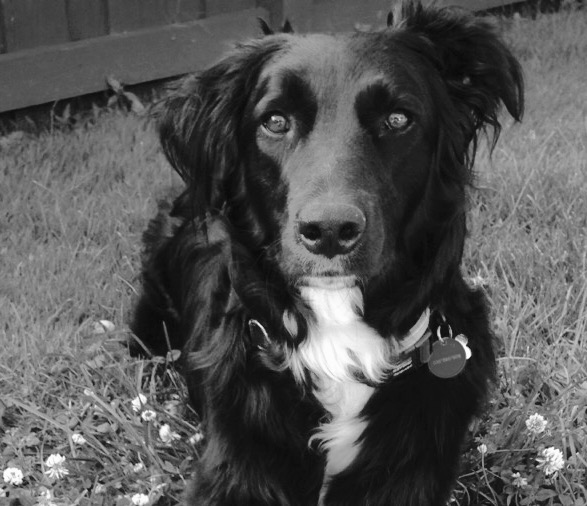 5. What did you want to be when you were younger?

I always knew I wanted to be something creative. I used to want to be a Pastry-Chef, or to go into the culinary arts. And in high school, I attended a summer class at a cooking college in the city, and won a small scholarship. But, somehow, I decided to go to the more traditional route for college, and decided to keep cooking a hobby.

I’m pretty unfamiliar with the exact ins and outs of the horoscopes and houses and whatnot, but memes and research have helped me expand my understanding.

7. What’s your favorite sport to watch?

My obvious answer is Ice Hockey. My dad was a goalie, and was getting scouted to play in the minors way back in the late 80s-90s. My sister and I played our entire childhoods through high school. I love Ice Hockey, and am I die-hard fan of the Blackhawks. More specifically, I love Brent Seabrook!

But I also like watching Women’s Artistic Gymnastics, and I really admire the sport and the women. I think it’s one of the most difficult in the world. You go girls!

I sure do. But only when I’m sure I’m completely alone. I’m so sorry to my poor dogs’ ears. Usually I’m doing my best rendition of songs from Les Mis, Billie Eilish, and Lady Gaga, among many others.

9. Do you have children?

I don’t. And at this point, I don’t plan on having any. This appears to be a controversial stance. But I have a lot of reasons to forgo parenthood.

I’m not really interested/am afraid of being a mother. I don’t think I would be a good one, and it's not fair to the potential child. I think the world is overpopulated and the current geo-political state is frightening (Also, Global Warming…)

But, these are personal reasons, and I would never judge anyone who wishes to have children! There are so many great reasons to be a parent, or to forgo parenthood. I’m excited to be an aunt/auntie to my sister’s potential children and my friends’ future children. And I aspire to have an army of rescue fur-babies someday!

This is tricky. I do and I don’t. It brings up a whole debate about if there’s an afterlife, or if people have souls, and religion…and I don’t know.

Although I’m convinced the house I lived in while I was an angsty high-schooler was haunted, as I heard frequently objects moving around in the basement at night…the house gave me weird vibes and I would be completely alone 2-3 times a week (Dad worked 24-hour shifts). It all stopped when one night I sat up in bed and yelled at the ghosts in the basement, I demanded them to stop making so much noise when I was trying to sleep. And I never heard any noises for the rest of the time I lived there.

So, I guess I’m inclined to say yes…unless the “ghosts” were pipes or something…

Well, that’s all for now. This was fun to write, which is the whole point of writing. To have fun. Until next time, stay safe.

Interested in self-love? Check out my guest blog post here; there’s four handy and inspirational tips that will get you started!

The Pursuit of Balance